The Story Behind
the La Pine Lions Club

Back in May of 2004, Lions from around the state came to help

It wasn’t the first time for Lions to be represented in La Pine, however. 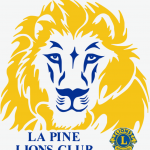 Back on January 17, 1974 the first La Pine Lions Club was chartered.  At one time it was the largest club in the District with over 100 members.  The original club folded in the mid 90’s, and the property was returned to Deschutes County and then deeded to the La Pine Park and Recreation District along with property along the Little Deschutes River, which is known as Leona Park.

In 1977 the club began the process to acquire 10 plus acres off of Finley Butte Road and Walling Way for the purpose of building a community park.  In 1982 Deschutes County and the La Pine Lions Club signed a license agreement to use the land leased to the county by the US Department of the Interior, Bureau of Land Management for the purpose of public recreation and a park.  The Licensee, The La Pine Lions Club, paid $1.00 for this license.

Over a period of several years the club worked on developing the property, which became known as The La Pine Community Park.  In the original scope of work, the land was to have a baseball field, playground, tennis court, horse shoe pits, a picnic area, a pee wee rodeo grounds and a parking lot to service the facilities.  The building we were in most recently was part of that original planned development.

Unfortunately, the club did not survive to complete its plans to develop the La Pine Community Park.

Approximately ten years later, Lions in District 36 decided it was time for La Pine to have a club.  That’s when 20 members of the community came  together and chartered our club.  On May 24, 2004 the La Pine Lions Club
was re-established.

But they didn’t stop there.  Eleven more members signed up.  The club was officially chartered with 31 members.  Without the faith and determination of the sponsors and charter members, we, the Lions Club of La Pine, may not be here today.

It was not always an easy road for this newly formed club.  In 2007, LCI withdrew our charter.  A letter campaign ensued and LCI  reinstated it.  The club has remained viable and active ever since.

Over the past few years La Pine Lions’ volunteers have worked diligently
to rebuild and reestablish the club as an active service organization.  We’re committed to serving the communities of La Pine and Sunriver.  In 2018,  we began supporting Crescent/Gilchrist when their Lions club folded. 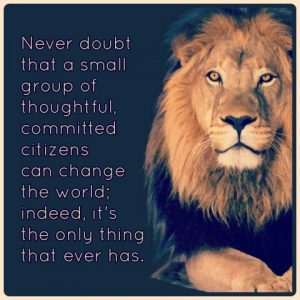